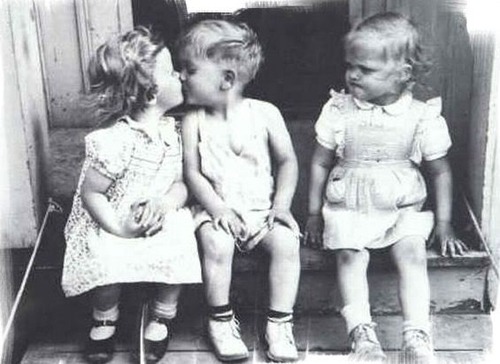 When someone exuberantly exclaims “I’m getting married” or “I just got married”, naturally the response is “congratulations”, right? Well, today my friend told me that she congratulated a coworker on her new marriage and afterward she thought to herself, “We treat marriage like it’s such an amazing accomplishment when, really, I could go marry anyone”.

Initially I thought, “How sad”. How many heartbreaks does it take for someone to get to this conclusion? There’s gotta be a number.

BUT! She does make a valid point. Technically, you can look at someone and say, “Hey Joe, how’s about we get hitched”. Then, throw an elaborate wedding or go to some cheap wedding chapel in Vegas and tie the knot… And do we, as a society, put a lot of emphasis on marriage and the big fancy wedding? Sure we do. As little girls we are basically programmed to desire the married life. I mean Disney has pretty much brainwashed us into thinking that some prince charming is going to come yonder and whisk us away to a palace. We play house, get easy bake ovens, cute dolls. Now they’re even making breast feeding dolls… Seriously? Then, we grow up and sob during movies like Titanic, The Notebook, The Great Gatsby… what the fuck. So, of course we yell congratulations when we think someone has found her “Noah”.

But there is something to be said about finding the one person who will stand by your side through your monstrous days. Who will love you on the days that you don’t even love yourself. Someone who truly sees YOU. Someone who actually feels like they can stand being around you until the end of their days… you catch my drift? I don’t even need to mention the awkward first dates you no longer have to go on, but I digress.

When you say “I do”, you’re saying I will never give up on “us”. You’re saying I will love you even when I hate you. You are even saying that you choose to stay on the days that it seems easier to leave… That’s a big deal. It’s so far beyond whatever fairy tale concept of love we see on TV, and stronger than the love you thought you felt for whatshisface way back when. And if marriage is no longer your “thing”, you can still be happy for someone else’s happiness, even if you do think it’s a load of shit.