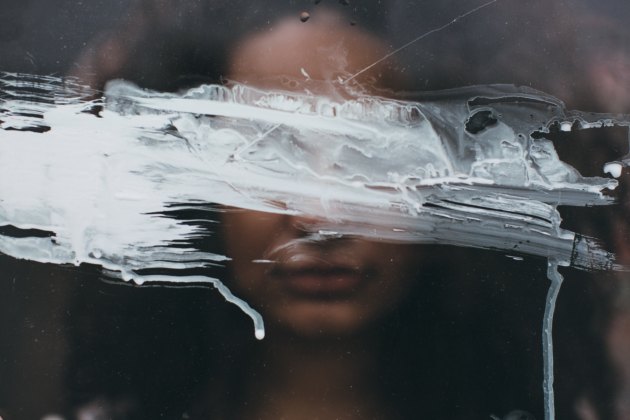 I always debate about sharing my painful experiences. I so badly want to inspire people to live that I forget the importance of excavation. But I know that if I continue to hold on silently, it will only fester…

So, I met this guy and he was wonderful. We had our first date at this cute cafe in one of my favorite neighborhoods. We sat, talked, and laughed for hours. I was so wrapped up in him that I didn’t even realize the people coming and going. For hours, it was just us. He had this air about him and a boyish smile that he tried to hide when he wasn’t sneaking a peak at my curves. I could tell that he was disarmed — he must’ve dropped the L-bomb at least five times. Even though I knew he was just enamored and didn’t mean it, it felt good to hear. To top it all off, he made me nervous –which never happens– and I liked it.

Then, he asked me the dreaded question (or, maybe I asked him first –yeah I asked him first): “When was your last relationship?” We both lied, and said a year prior. Naked truth was, I was at the tail-end of a situationship, and had ended an actual relationship less than a year before. I had a feeling that his truth was similar. What he also didn’t know was that I’d only been on one date in years, and he’d be the first “new” person I would start dating after being raped. (God, even writing that is difficult. I still don’t want to believe it.)

I thought I’d be okay dating because up until then, I was fine. It had been a few years since it happened, and I was starting to come to terms with it. And by that I mean, acknowledging that someone actually forced themselves on me. (Like the doctor said, “he didn’t drug you to steal your purse, honey.”) I hadn’t been triggered in a while, so it wasn’t even something that crossed my mind… until the second date.

He got us tickets to this escape room. You know, the one where you get locked in a room with seven strangers, and the only way out is if you solve the mystery? Yeah, that… At first I was like, c’mon dude, it’s our second date and you’re going to make me stay locked inside a small room with you for an hour?? But, I’m always down for an adventure! So, after texting five trusted friends my location (safety first), we met at the place. He was looking fine, and I made sure I looked succulent, of course.

We get into the elevator and he takes notice of my outfit, compliments me. I blush. We get off of the elevator, and the entire floor looks desolate. Empty offices. Dirty hallway. No working lights. My first thought: “Is this where he’s going to do it?” My heart started to race, and I immediately began thinking of how I would get out alive. I checked for the nearest exit, and prayed my cell phone had service. My mind was blown that I would even be thinking like this! But there I was, praying for my safety, hoping that this man who’s done nothing wrong, wasn’t planning to rape me. Then, he says, “I think this is the wrong floor… this is so embarrassing.” I smiled through my pounding heart, and said it was no big deal. I even made a joke to make him feel better. We got back on the elevator, and went down to the rest of the group.

I couldn’t shake what just happened. I needed air. I needed water. I went to the bathroom to get myself together. When I came back, he was there waiting for me, smiling. I, nervous. Still frazzled. I tried to distract myself with one of the fidget things they had laying around, and he noticed. He tried to calm me and make me be present (which was the fucking sweetest), but it didn’t work. Luckily, it was time for the game to start.

Having butterflies around this amazing new guy, battling my fears around being raped again and feeling trapped –and wondering why the fuck I felt this way–, all while trying to enjoy myself was something I was not prepared for. It’s something I never thought I’d experience.

As the night progressed, I was able to talk myself out of my thoughts. We went to dinner and had drinks, laughs, and long, soft gazes. We even shared a cosmic kiss at the end of the night that knocked me to the moon. He asked me to make time for him, and I told him: it’s yours. It was beautiful. He had me.

I thought that would be the end of my worries because I liked him so much. He made me feel safe. But for the next few months, I would be reminded that I was a survivor of rape. Just about everything he did was a trigger, and it was torturous. I remember my arm being under his while we were kissing once, and his muscle flexed naturally, tightening his hold on me. My heart sank. My gut reaction was: he’s stronger than you.

I couldn’t understand why someone I liked so much would trigger me so deeply. I would talk to my best friend about it, debate whether I should tell him or not. She said I should, but I didn’t want to seem like a victim or a poor, helpless girl. It wasn’t his fault I felt this way. It wasn’t his burden to carry. Plus, how do you tell a complete gentleman, “hey, by the way, I was raped a few years ago, and there are things you do that remind me that you could rape me if you wanted to”. Having someone touch you in all the right ways, while you’re in fear that he could take it too far: torture.

Triggers never actually go away — they just happen less frequently or at random times. I was able to manage them better when I realized he wouldn’t hurt me, but part of me wishes I told him because he was so good with me. He always respected my boundaries. He didn’t deserve to be in the dark about something that affected my behavior toward him and, quite frankly, I didn’t deserve to go through it alone. Maybe I’ll do better next time.