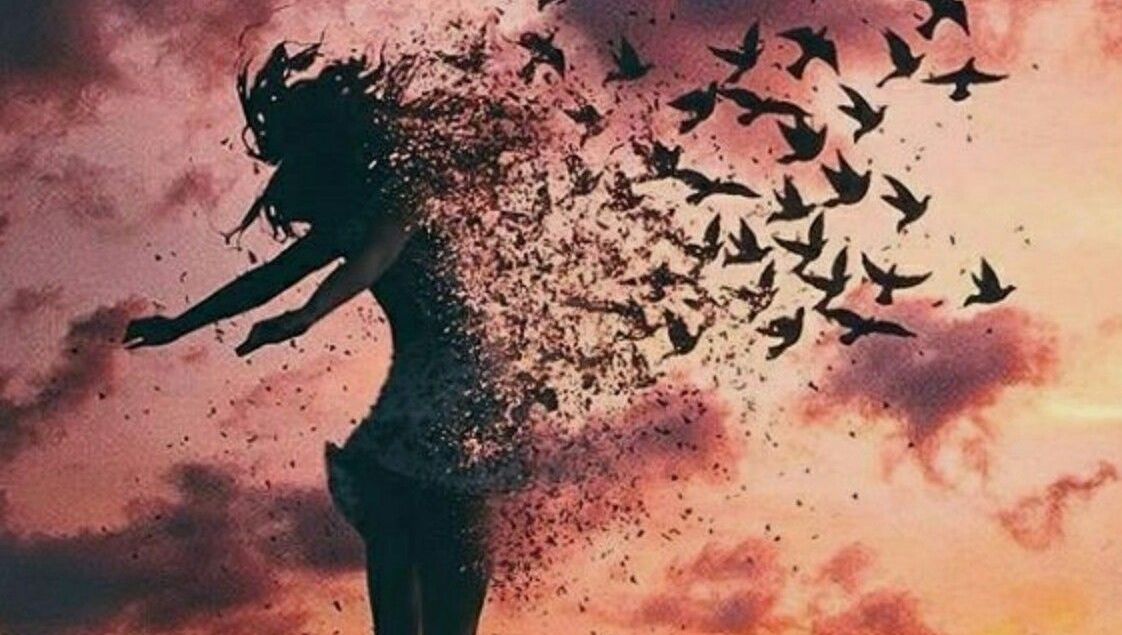 I saw this Banksy meme, and it immediately took me back to a time where that statement screamed its truth. Or, rather, my truth.

Some time ago, I decided to get private coaching for a role that I was preparing for. I went to a specific acting coach who specializes in helping you get out of your own way. He believes that it’s usually not the “acting” that can hinder a performance, but your own mental and emotional blocks. So, when he noticed that I wasn’t completely present, he immediately called me out.

After a while of him trying to figure out the real reason for my lack luster reading, he asked me a question that rattled me: “Do you feel uncomfortable being alone in the room with me?” I immediately rebuked his claim. I became flustered and upset, which of course told another story.

He knew that I was molested as a child.

We never got into detail about my abuse before, but today was the day that I would tell him exactly what happened… I had very briefly gone to therapy for this and, in my own way, I’d come to terms with it. I’ve even forgiven the guy. At least, I have tried to forgive him. So, I assumed it would be like telling any other story about my life… And I couldn’t have been more wrong.

I took a deep breath and began sharing my story. At first I was okay, but of course he would interject and ask me how I felt, which I didn’t appreciate because I began getting emotional. I wanted to prove I was over this. I wanted to show I was strong… I did not want to cry, I did not want to feel like a victim, and I did not want to be vulnerable. Then, he said something along the lines of, “you protect yourself because you think everything can be going along fine, and then, in one moment, your world can fall apart.”

I lost it. And I started crying hysterically. It was true. One moment, I’m spending a beautiful sunny Saturday with someone I trusted and in a flash my innocence was robbed from me.

My coach sat quietly, completely still, and allowed me to cry. I remember looking up at him, expecting him to try to calm me down, but he didn’t. He sat and waited for the wave to pass through me. And when it did, he said that he was sorry about what happened and that I was safe now, that I was in control, that I had my power. But most importantly, he let me cry. It was something I never allowed myself to do before that day. What a gift.

When the session was over, I gathered my things and walked to the street. But it felt like I left something inside. Everything felt lighter, and my back felt bare. I looked over my shoulder to make sure I had my purse… it was there… I then began searching my bag to make sure everything was in tact, and everything was. As I was walking up 7th Ave, I kept looking over my shoulder expecting something to be missing. It was the oddest thing, and I couldn’t figure out what was gone.

By the time I got to 34th, going down the escalators to Penn, I realized what happened. I didn’t lose anything. I didn’t leave any items behind. What I did leave behind was the pain. Unknowingly, I had been holding on to this immense weight for such a long time and, that day, it was finally released. I finally allowed myself to grieve. I gave myself permission to cry and to be consoled, and it left my body. It just floated away. The realization that I was having a physical release from emotional pain had me in a daze. I was completely blown away. It was beautiful and deeply profound. I felt it in every inch of my being.

I was truly oblivious to the weight I was carrying until I felt the weight of its release. It took someone from the outside to help me see that. It also took me being open to investigating something that I didn’t realize was there. It took me being open to the possibility that tears and acknowledging pain doesn’t translate to weakness. While that was one of the heaviest sessions I’ve ever had, I wouldn’t trade it for the world because I can walk a little bit lighter these days.